Saint Isaac’s Cathedral, located in the centre of St. Petersburg, is another must-see site in the Russian capital. In this article I’ll explain more about the history of this cathedral, its schedules and how to buy tickets online. 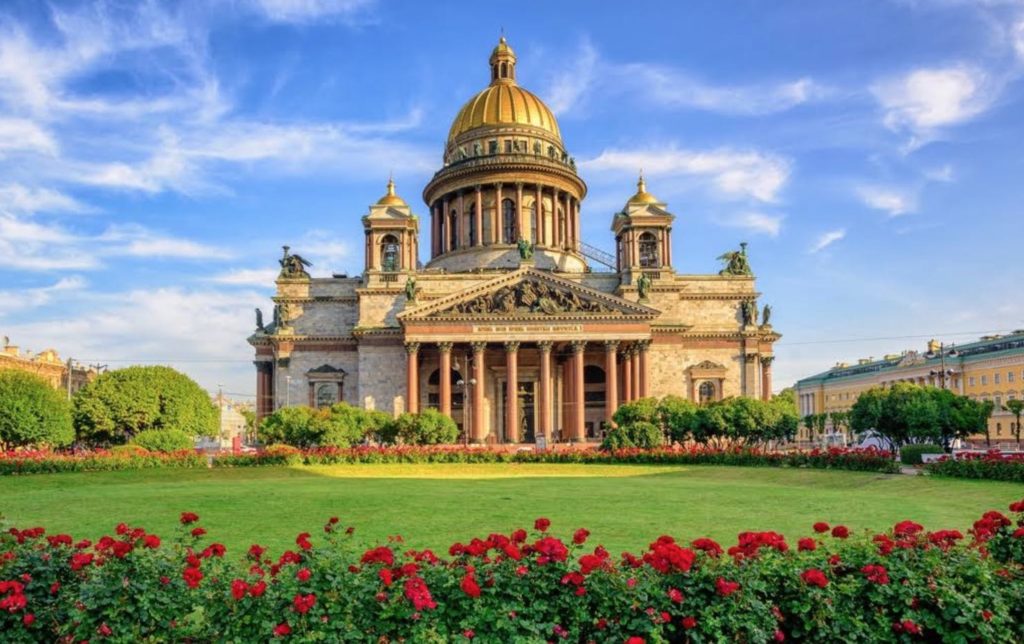 Saint Isaac’s Cathedral (or Isaakievskiy Sobor) can be considered as one the most sumptuous and grandiose of the churches of St. Petersburg. Completed in 1858, it is one of the most important neoclassical monuments of Russian architecture of the nineteenth century.

It is located in the centre of the city, in the square of the same name, near Nevsky Avenue and the Hermitage Museum. It has one of the largest domes in the world and is the second highest Orthodox church in the world, 101.5 meters high, behind the Cathedral of Christ the Savior of Moscow that reaches 103 meters.

Previously, in the area that the current cathedral occupies, there was a small wooden church dedicated to the monk Saint Isaac of Dalmatia, which was replaced by another church built in stone, which disappeared in the mid-eighteenth century.

The current Saint Isaac’s Cathedral began to be built in 1818 by French architect Auguste Montferrand. The scaffolding was made by Spanish engineer Agustin de Betancourt and the works were extended until 1858.

For its decoration, more than 40 different minerals were used. The plinth was covered with granite, the walls and floors of the interior of Russian, Italian and French marbles, the columns of malachite and lapis lazuli. In the dome of 21.8 meters in diameter, around 100 kilos of gold were used. The cathedral is adorned with 400 works, including sculptures, paintings and mosaics. 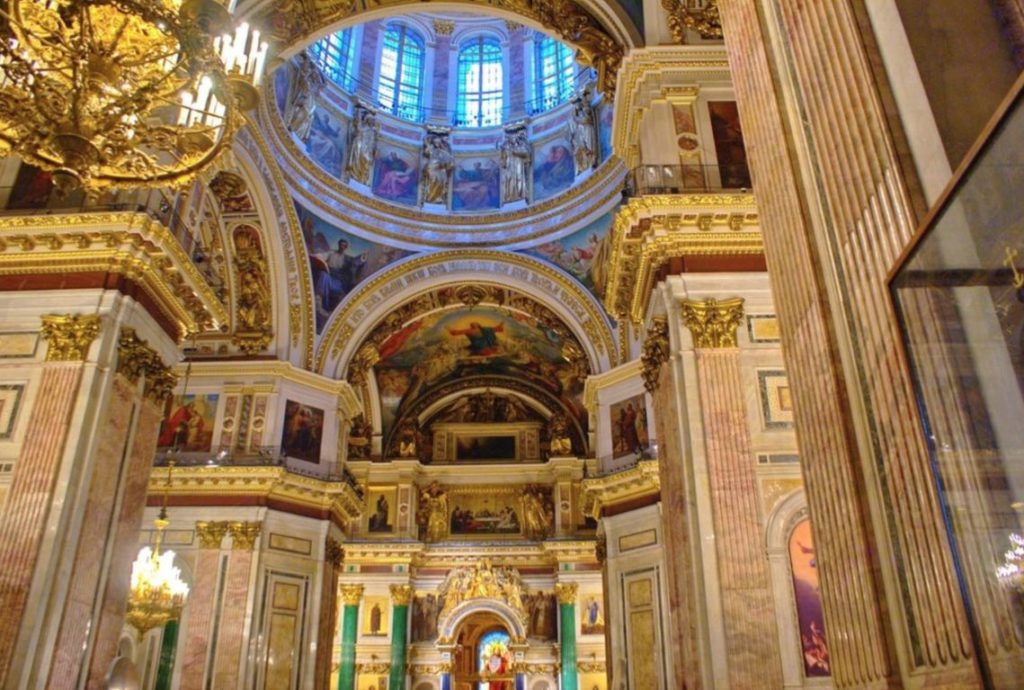 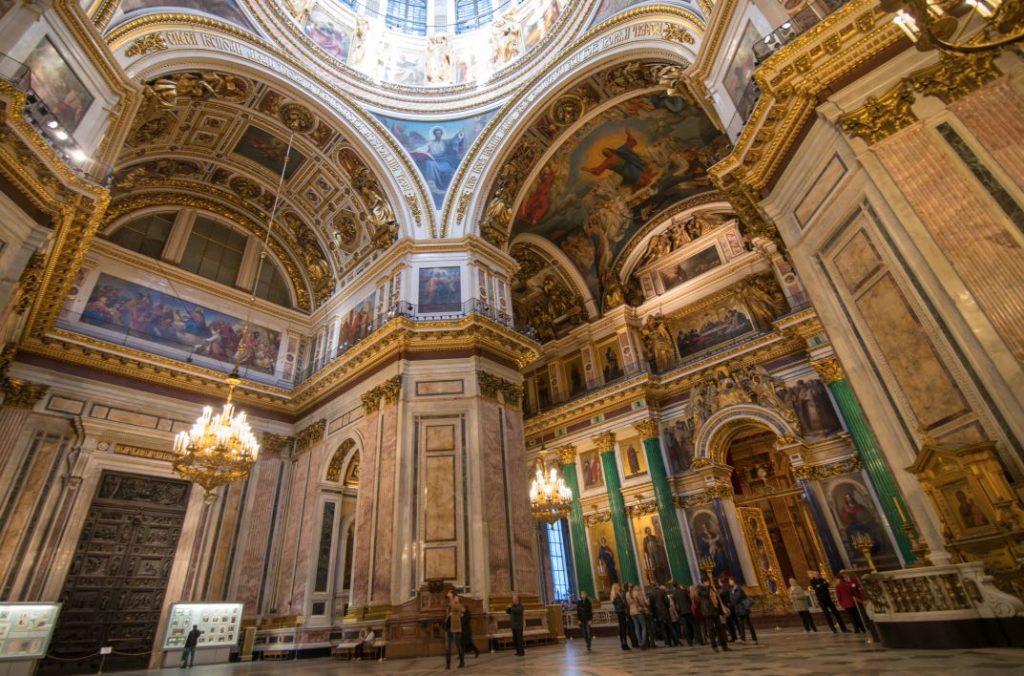 The cathedral has a capacity of 8,000 people and it is visited annually by approximately 1 million tourists. Since 1931, the cathedral is a museum. You can climb to the top of the dome through the renowned Colonnade of the Cathedral, from where spectacular views of St. Petersburg can be contemplated. 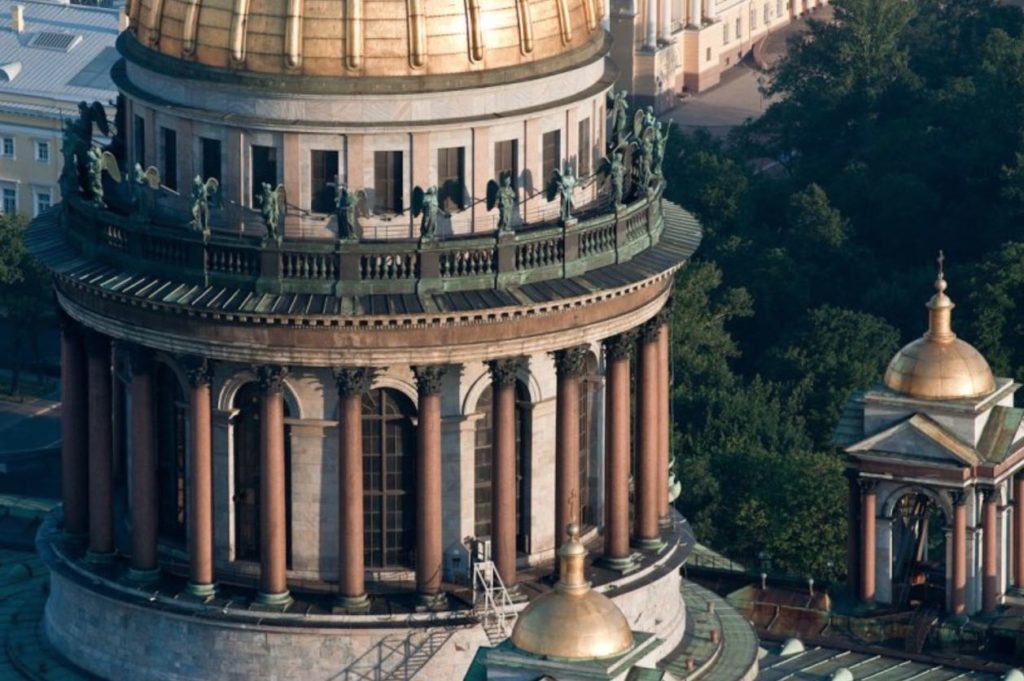 The visit rates are the following:

Tickets can be purchased in three different ways: 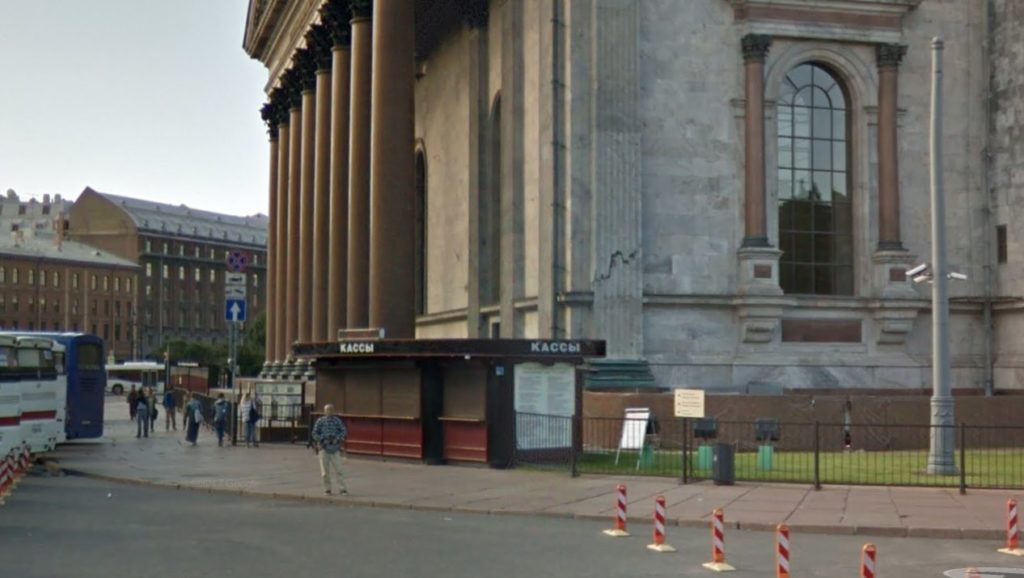 You need to consider that:

In the following screenshots you can see how the online ticket purchase process is done: 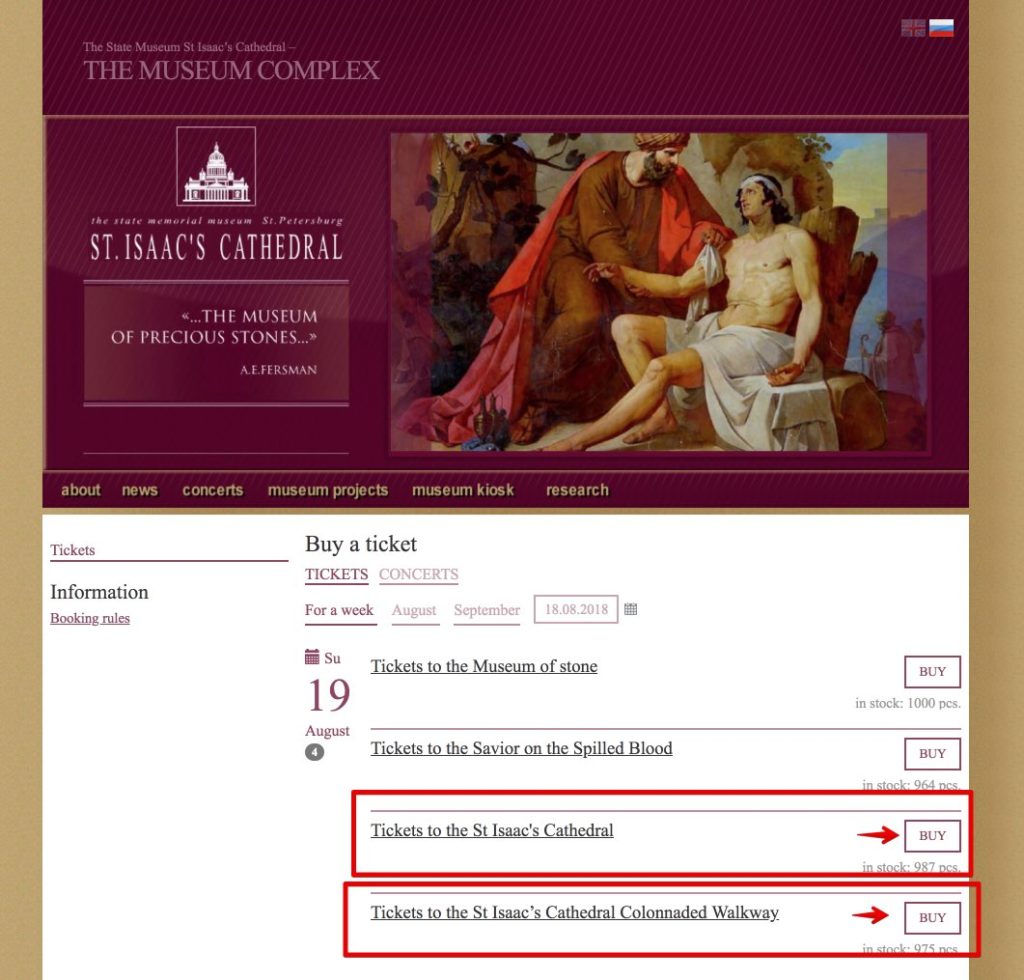 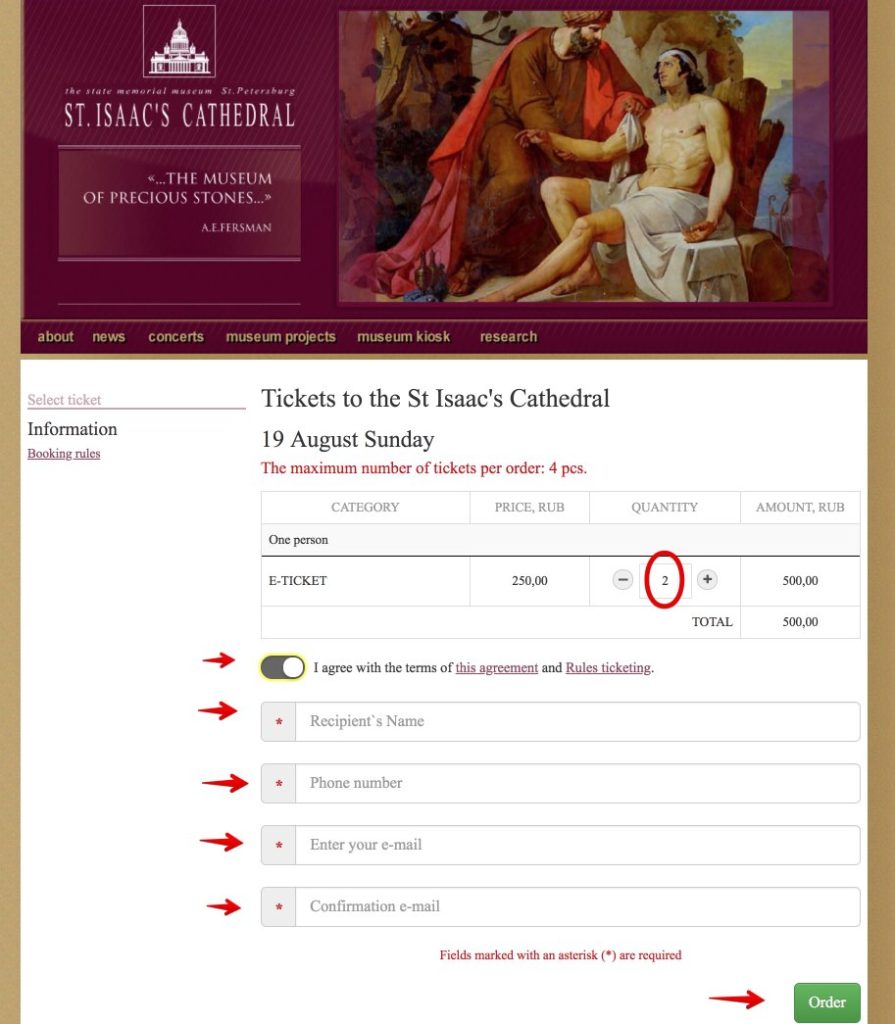 Have you visited Saint Isaac’s Cathedral in St. Petersburg?

More than 400 pages with all the information you need to plan your trip to Russia online easily, cheaply and avoiding queues
END_OF_DOCUMENT_TOKEN_TO_BE_REPLACED