Traveling from Australia (or New Zealand) to Moscow can cost about AUD$ 1500. In this post, I explain the different options available for flying from Australia to Russia, as well as provide advice in order to find the most economical flight. 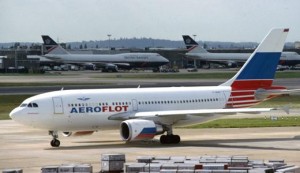 Moscow has three international airports (Sheremetyevo, Domodedovo and Vnukovo), while St. Petersburg has the Pulkovo Airport. In this article analyze how to find the lowest prices by comparing prices on flights through the excellent website Momondo and the different companies flying from Australia to these airports.

2. Recommendations for finding the best prices for flights to Moscow or St. Petersburg

When you choose a flight from Australia (or New Zealand) to Russia and find the best price, it is important to follow some practical recommendations:

Recommendation 1: reserve a ticket at least 2-3 months in advance

The cheapest tickets are always reserved with more than 2 or 3 months of advance notice. If you end up waiting until the last minute, prices will increase up until the final weeks before a flight. I have never found a better price reserving a flight in the final days beforehand; on the contrary, they are much more expensive.

Recommendation 2: if you can, travel outside of high season and during the week

In general, during the high season prices are higher (July and August). If you travel outside of these months, you can find lower prices. Also prices are usually better when taking flights on a weekday or on a Saturday, since on Friday or Sunday flights are usually more in demand.

To know what the lowest fare available is, the best option that I have found is to use a search engine called Momondo which finds flights better than other comparison sites like Skyscanner, Kayak or eDreams.

Momondo is only a flight comparison tool, leaving the actual purchase of tickets to be done directly with the airline (Momondo gives you the link for the flight at no extra charge).

3. What does a flight from Australia to Moscow cost?

There are several connections with one stop that fly from Australia to Russia. Some examples:

Next I am going to compare the price of traveling between Sidney and Moscow. I am doing these searches with two months in advance (May 2016), flying between July 20th and 27th, 2016 (high season).

The cheapest way to fly from Sidney to Moscow is via a round trip flight on China Southern Airlines with a stopover in Guangzhou (AUD$ 1,499).

In summary, to fly from Australia (or New Zealand) to Russia at lower prices, it is very important to book the flight more than 3 months in advance and use as a flight comparison website like Momondo to find the cheapest flight.

What has been your experience flying from Australia to Russia ? You can leave your comments below. Thanks for sharing

More than 400 pages with all the information you need to plan your trip to Russia online easily, cheaply and avoiding queues
END_OF_DOCUMENT_TOKEN_TO_BE_REPLACED